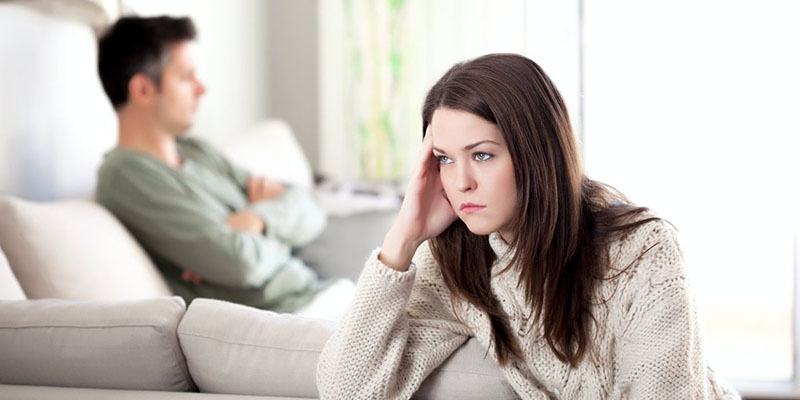 While some demographers are convinced that birth rates will rebound when ‘millennials’ grow older, this risk-averse generation may continue to dash fertility expectations. Other demographic indicators (namely Hispanic and immigrant birth rates) also point to lower U.S. fertility. All told, it looks like the expected baby bump has been bumped—again.

In layman’s terms, the total fertility rate of a country is the amount of children the average woman will have in her lifetime. This data has been mapped across the whole of Europe by Jakub Marian, in the infographic below.

However, before we look at it, there’s another metric you should be aware of. The replacement rate is how many babies people need to be having to keep the population stable (taking mortality into account). 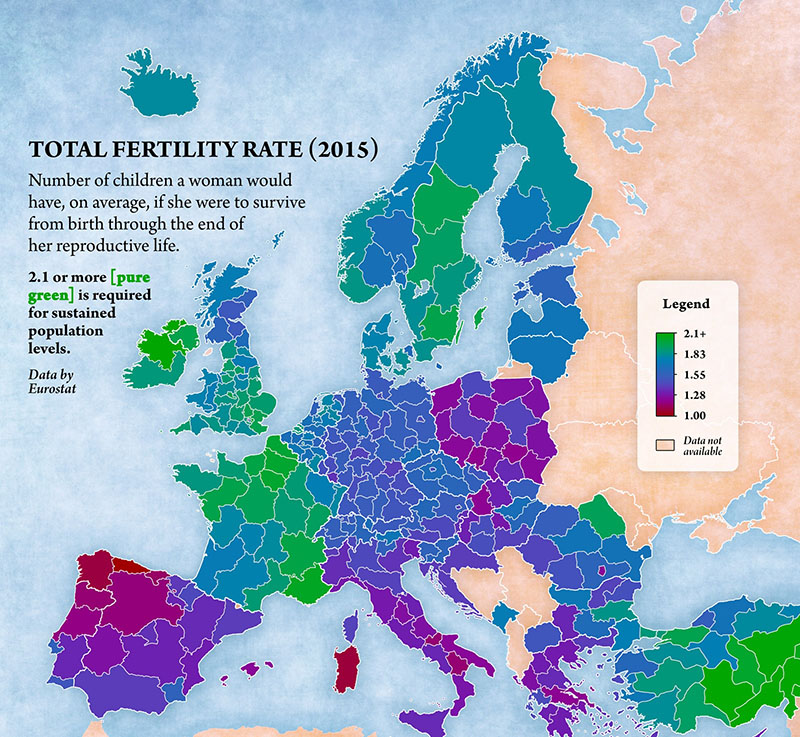 In developed countries, that rate is around 2.1 – e.g. nine out of ten women should be having two children, and one in ten having three.

Things do not look good. The UK, France, Turkey and Scandinavia are all around or just under that rate. But Central Europe is noticeably below 2.1, and countries like Spain, Portugal, Greece and Italy lie in the 1.0 to 1.2 range. This of course potentially affects so many things, such as pensions, healthcare and immigration.

Comparing historic figures, we also see a massive drop in fertility rates over the past couple of generations. The following figures show how things in 2016 compare with 1970:

With present data, it is hard to know whether we are simply having less children, whether modern day pressures impact on the number of children we are having, or if infertility has become such a major problem that it is causing this global problem. As with all complicated issues, it is most likely a combination of factors.

There is one big question though – if there aren’t enough people replacing us, who is going to look after this generation when we are elderly?