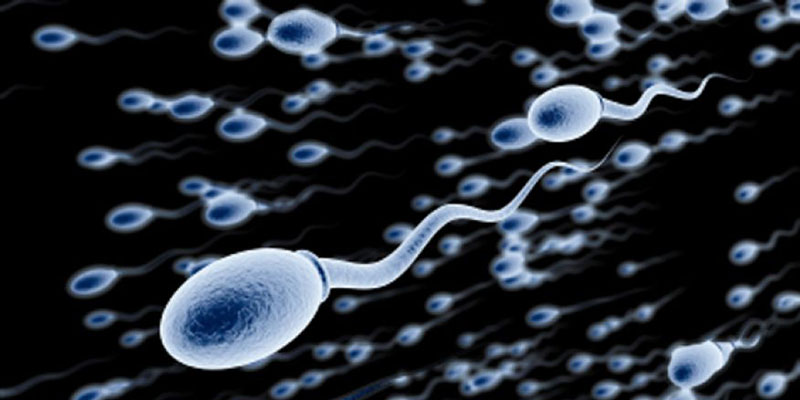 An article in The New York Times has highlighted concerns regarding the quality of sperm produced by young men today, quoting research that as much as 90 per cent of sperm may be misshapen.

Common chemicals used in plastics, cosmetics, couches, pesticides and countless other products are suggested as one cause of the decrease in sperm quality, while other causes may be biological problems and an increase in the incidence of testicular cancer.

Overall, fears are beginning to rise that birth rates may drop because of the issue, and that ultimately, we could even face a human reproductive crisis.

If concerned that your sperm may be of low quality and that this may be contributing to difficulties in your partner conceiving, remember that pre-Conceive contains a unique combination of 31 key nutrients, shown to increase sperm quality in the majority of men.

Read more in How pre-Conceive Works for Men, or read on for the full New York Times article:

Are Your Sperm in Trouble?

As a couple finishes its business, millions of sperm begin theirs: rushing toward an egg to fertilize it. But these days, scientists say, an increasing proportion of sperm — now about 90 percent in a typical young man — are misshapen, sometimes with two heads or two tails.

Even when properly shaped, today’s sperm are often pathetic swimmers, veering like drunks or paddling crazily in circles. Sperm counts also appear to have dropped sharply in the last 75 years, in ways that affect our ability to reproduce.

“There’s been a decrease not only in sperm numbers, but also in their quality and swimming capacity, their ability to deliver the goods,” said Shanna Swan, an epidemiologist at the Icahn School of Medicine at Mount Sinai, who notes that researchers have also linked semen problems to shorter life expectancy.

Perhaps you were expecting another column about political missteps in Washington, and instead you’ve been walloped with talk of bad swimmers. Yet this isn’t just a puzzling curiosity, but is rather an urgent concern that affects reproduction, possibly even our species’ future.

Andrea Gore, a professor of pharmacology at the University of Texas at Austin and the editor of the journal Endocrinology, put it to me this way: “Semen quality and fertility in men have decreased. Not everyone who wants to reproduce will be able to. And the costs of male disorders to quality of life, and the economic burden to society, are inestimable.”

Human and animal studies suggest that a crucial culprit is a common class of chemical called endocrine disruptors, found in plastics, cosmetics, couches, pesticides and countless other products. Because of the environmental links, The New Yorker once elegantly referred to the crisis as “silent sperm,” and innumerable studies over 25 years add to the concern that the world’s sperm are in trouble.

And so are men and boys. Apparently related to the problem of declining semen quality is an increase in testicular cancer in many countries; in undescended testicles; and in a congenital malformation of the penis called hypospadias (in which the urethra exits the side or base of the penis instead of the tip). These problems are often found together and are labeled testicular dysgenesis syndrome.

There is still disagreement about the scale of the problem, and the data aren’t always reliable. But some scientists are beginning to ask, At some point, will we face a crisis in human reproduction? Might we do to ourselves what we did to bald eagles in the 1950s and 1960s?

“I think we are at a turning point,” Niels Erik Skakkebaek, a Danish fertility scholar and pioneer in this field, told me. “It is a matter of whether we can sustain ourselves.”

One recent study found that of sperm donor applicants in Hunan Province, China, 56 percent qualified in 2001 because their sperm met standards of healthiness. By 2015, only 18 percent qualified.

“The semen quality among young Chinese men has declined over a period of 15 years,” concluded the study, which involved more than 30,000 men.

Perhaps even more alarming, Canadian scientists conducted a seven-year experiment on a lake in Ontario, adding endocrine disrupting chemicals and then observing the impact on fathead minnows. The chemicals had a devastating impact on males, often turning them into intersex fish, with characteristics of both sexes but incapable of reproducing.

The crisis for male reproductive health seems to begin in utero. Male and female fetuses start pretty much the same, and then hormones drive differentiation of males from females. The problem seems to be that endocrine disrupting chemicals mimic hormones and confuse this process, interfering with the biological process of becoming male.

How should we protect ourselves? Swan said she avoids plastics as much as possible, including food or drinks that have touched plastic or been heated in plastic. She recommends eating organic to avoid pesticide residues, and avoiding Tylenol and other painkillers during pregnancy. Receipts from thermal printers, like at gas pumps and A.T.M.s, are also suspect.

Yet this isn’t just a matter of individual action, but is also a public policy issue that affects tens of millions of people, their capacity to reproduce and their health and life expectancy.

What’s needed above all is more aggressive regulation of endocrine disrupting chemicals. America has been much slower than Europe to regulate toxic chemicals, and most chemicals sold in the U.S. have never been tested for safety.

The larger question is why we allow the chemical industry — by spending $100,000 on lobbying per member of Congress — to buy its way out of effective regulation of endocrine disruptors. The industry’s deceit marks a replay of Big Tobacco’s battle against regulation of smoking.

If you doubt the stakes, look at the image with this column of a hapless sperm swimming in circles, and remember this: Our human future will only be as healthy as our sperm.