Linda’s success story, who had unsuccessfully tried IVF, began taking pre-Conceive while preparing for a further round of IVF, and who then conceived naturally:

My partner and myself traversed a five year journey through fertility treatments and options before we were blessed with our beautiful baby boy. I am writing this testimonial to share our experience with other couples who may find themselves in a similar situation. I hope that our story can help show that positive outcomes can occur even when you have lost all hope. 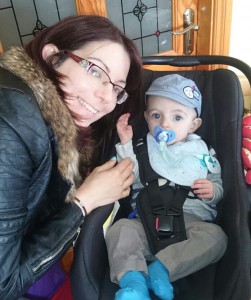 For us, it began when I was 22 years old. I began experiencing severe pain in my abdomen, I was losing a lot of weight, and began feeling sick all the time. I sought advice from my GP and was referred to a number of hospitals for a series of tests in order to figure out what the underlying issue actually was. After many tests with no answers, it was decided that a laparoscopic investigation was required. During this a discovery was made.

I had severe scar tissue and adhesions in my abdomen from a previous appendix surgery several years ago. Also during this investigation the doctors also noticed that I was born with a genetic abnormality (Unicornuate uterus and absent ovary).

The surgeon removed a lot of the scar tissue but was concerned about the possible impact of this on my condition. He advised us that if we wanted children then we would need to try right away. This was something that the surgeon said he doesn’t tell many 22-year-olds! Although the news came as a shock to my partner and myself, our decision was easy: if it was a choice between having children earlier in life or a possible infertility, then we would try straight away.

At the start we were very naive and thought that it would happen within the first couple of months. When a couple of months passed and nothing happened we were not overly worried as we were both young and were advised by doctors that it could take some time. After a year we both grew concerned and were referred on for further tests by our GP.

My hospital prescribed me the hormonal drug Clomid and I was closely monitored for the next six months. My partner’s results came back positive so we were confident that Clomid would fix the issue. However as the months went by we became increasingly worried. Like a lot of couples who are in the same situation we researched possible treatments and advice. This led to months of acupuncture, Chinese herbs, supplements, etc.

After two years, it was clear that there was still something wrong. We were referred to the fertility centre in the Rotunda Hospital. The staff there were brilliant and really helped us through our difficult time. At the Rotunda Hospital they performed another Laparoscopic procedure and removed more scar tissue. The surgeon was hopeful that this would allow us to conceive without the need for IVF etc. I was also given a hormonal drug, this time it was Tamoxifen, and I was again monitored for several months.

After several months and still no success it appeared that our only option left was IVF. It was concluded that my Fallopian Tube must have been irreversibly damaged from the scar tissue.

Over the previous years we had hoped for results with each new treatment and felt the sadness every time it failed. IVF was always our final solution and we thought that this would give us our much longed-for child. We knew that IVF was not a guaranteed solution but in our case we were given about a 50% chance so we were very optimistic.

Our first cycle of IVF failed. It started really well with 13 eggs produced but at the end of the process only one survived. The transfer still went ahead and we had the dreaded two-week wait.
Once again, the treatment did not work and we felt like giving up as we felt like IVF was our only solution and since this had failed, we had no hope left.

However, with encouragement from the staff at the hospital and our family, we picked ourselves back up and decided to give IVF another go. This time however the hospital would use adjusted drug levels to try and get better quality eggs. We decided to postpone the treatment for several months just to give our bodies a break as they had already been through so much. During the break I looked for a tonic or a supplement that I could take to build myself back up. Out of coincidence I stumbled upon the launch of a new product called pre-Conceive in my local health store in January 2014.

This seemed to be everything I was looking for in a supplement. I decided to try it for three months and then start our next round of IVF. It took a while to get used to it and I had to drink a sachet of it every morning which was hard at the start due to the fact it wasn’t to my tastes. However I soon settled into a routine and noticed that I had a lot more energy. After the three months we were booked in for our second round of IVF. This cycle ended up being cancelled due to my poor response to the new drug levels. Only a few eggs were produced so doctors advised us to cancel and start a new third cycle in a couple of months. I remember it so clearly, I was so annoyed because I had hoped to see if pre-Conceive would have any effect on the egg quality and now I wouldn’t know.

It was at this point I had really began to give up all hope. IVF is a very costly business and after years of treatments you get to a stage where you think nothing will ever work. For years, we had put our lives on hold, putting all of our efforts into this. We started to wonder and question at what point we should give up. We knew that if the next cycle of IVF did not work then maybe our dream of having kids wouldn’t come true. 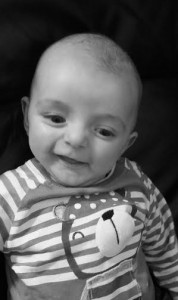 Shortly after the cancelled cycle, I began to feel unwell and very dizzy. I was warned that this was one of the side effects of stopping the strong IVF drugs that I had been taking so I didn’t think any more of it. However as a mandatory precaution the hospital advised that a pregnancy test be performed. To be totally honest, after so many negative tests, I barely looked at this one. I was so shocked, it was a positive result. It was so unlikely that my partner was convinced that it was a faulty pregnancy test.

The next few days merged together as they comprised of scans and tests but to our disbelief, we were seven weeks pregnant! It was only after the actual scans that my partner and myself began to believe it. Thankfully in December 2014 our baby boy was born healthy and we were discharged from the hospital on Christmas Eve. The best present anyone could have asked for.

I personally believe that pre-Conceive was a major factor in our success. I think it helped us improve egg quality. We were at the same time undergoing IVF drugs and treatment. However due to my previous poor results with this and after five years of trying, I think the supplement was a major factor for us. As an added bonus we now know it’s possible for us to conceive without the help of IVF. Our doctors have told us that it may be difficult however it gives us hope that someday we might have a sibling for our little boy in the near future. At that stage I will be taking pre-Conceive again and hoping for another miracle.

pre-Conceive is not a guarantee, especially considering the many types of infertility that exist which may require medical intervention. However what it does offer is to give your own body the best possible chance, either alone or with require medical treatment. For us it gave us back our hope for now and the future.