Home » How to Take pre-Conceive

Taking pre-Conceive is easy, and it quickly becomes part of your daily routine.

pre-Conceive is split into two components: a nutritional sachet, and Omega 3 fish oil softgels (capsules). The contents of the sachet are taken with liquid early in the day, while the softgels are taken by themselves, later on.

Users should consume the contents of one pre-Conceive sachet each day. Simply add the powder to 200ml of juice or water. Stir it in, and drink! 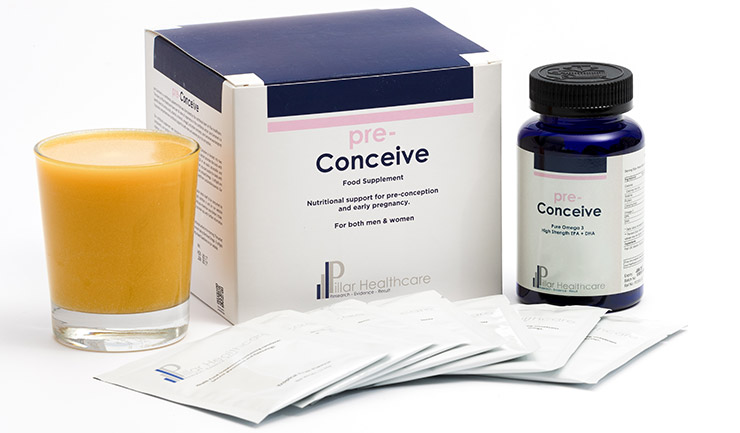 However, due to the strong and more unpleasant flavour of some of the other all-natural ingredients, some people may find the taste is not to their liking. If you find this applies to you, then some options for making it easier to take include:

The pre-Conceive fish oil softgels supply essential Omega-3, and should be consumed with your evening meal. The daily serving is three softgels, and all three can be taken at the same time.

For most people, there is no issue with taking the softgels. If you do happen to experience discomfort, of if you don’t like the taste, you can take them during a meal. This both disguises the taste and allows the softgels to sit in the middle of the tummy while working, rather than on top.