Home » Blog » Health » What to expect at a Fertility Clinic, part 2 – The IVF process explained 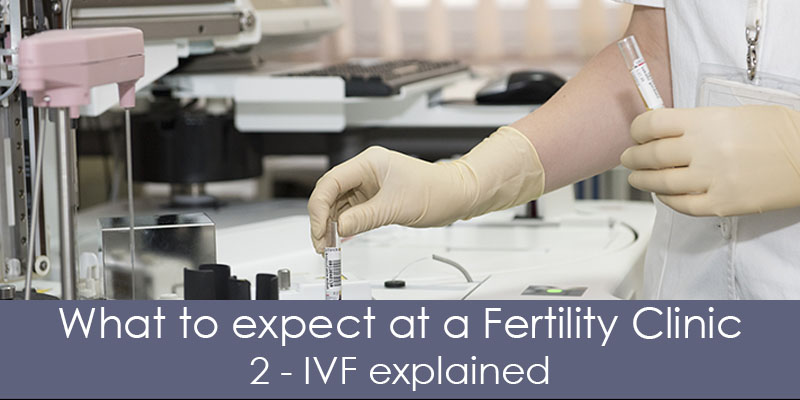 If you and your partner are attending a Fertility Clinic in your efforts to have a baby, you are probably wondering about the IVF process. That’s the procedure that most people associate with clinics and Assisted Reproductive Technologies (ARTs).

While there are many alternatives to IVF which may instead be recommended by your specialist team, you will still want to know about IVF itself and what it entails. The IVF procedure is therefore the subject of this piece in our series of articles on what to expect at a fertility clinic.

Remember that whether attending for IVF, an alternative ART, or continuing to try to conceive naturally, pre-Conceive can help to best prepare both partners’ bodies for the process ahead.

Its unique combination of therapeutic levels of 31 essential nutrients and other ingredients has been shown to improve key fertility parameters in both women and men. By taking pre-Conceive, the man can produce a higher quality of sperm, and the woman can also become more fertile and better prepared for the pregnancy that will hopefully follow.

Whether taking pre-Conceive or not, the IVF process is as follows:

Why are three embryos used?

Firstly, in the UK, the law limits to three the number of embryos which may be placed in the uterine cavity in any one cycle. Some units now prefer to use two, and say they achieve the same success rates as were gained previously using three. However, three is the number normally considered to be both most safe and effective.

Unfortunately, in approximately 75% of IVF processes, successful implantation will not occur. However, where three embryos are used, the success rate  in terms of pregnancies achieved  may be  up  to 30%. A significant proportion of these are twin pregnancies.

Note that the above figures refer to the success rate of the procedure. The embryo survival rate is significantly lower.

Let us assume that three embryos are used, in each of one hundred IVF cycles, and that thirty pregnancies occur, of whichone third are twin pregnancies. This means that, of the three hundred embryos placed in the uterine cavity, only forty (or 13%) actually survive to a stage at  which pregnancy can be confirmed.

An alternative to the above procedure is what is known as natural cycle IVF.

As the name suggests, no drugs are used to stimulate the ovary. Ova are harvested at the time of ovulation, fertilised in vitro using  the  husband’s sperm, and  then placed  in  the uterine  cavity.

The success rate using  this method  is significantly lower  (at about 10%), but this reflects a significantly higher rate of survival of the individual embryo. There is no question of surplus embryos being generated.

Natural cycle IVF can be very tedious and  unpredictable.  There  are, however, some  signs that it may be possible  in  the  future  to mature  ova  in  vitro, thus making  the process less time­sensitive.

What happens to surplus eggs?

In the UK and  other  jurisdictions, surplus fertilised  ova  can be frozen and may be used in subsequent cycles. With the consent of the biological parents, the law allows for these  embryos to be  placed  in  the  womb of another woman, or to be  used  for research purposes.

UK law also provides for the  disposal of unused embryos after a period of five years in storage.

In the Republic of Ireland, there is no law specifically governing IVF, but the Guide to Ethical Conduct and Behaviour includes a requirement that ‘any fertilised ovum must be used for normal implantation and must not be deliberately destroyed.’