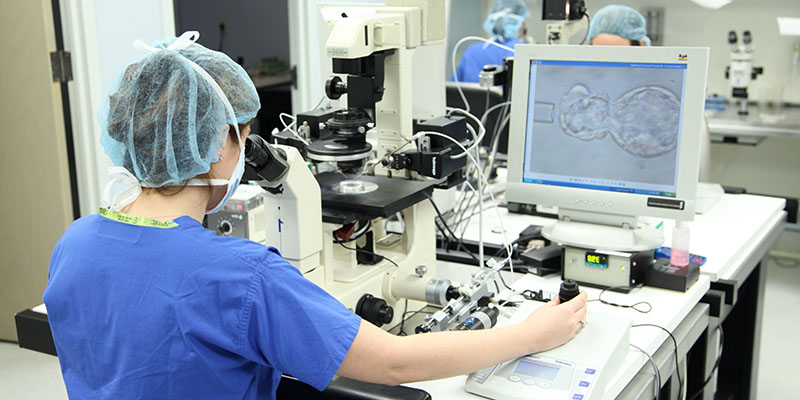 Many claims made by UK fertility clinics about the benefits of treatments beyond standard IVF procedures are not backed up by evidence, according to a study published in the online journal BMJ Open.

These can range from £50 for a single screening blood test to as much as £8000 for egg freezing packages. The researchers, led by Professor Carl Heneghan at Oxford University’s Centre for Evidence Based Medicine (CEBM), say “there is a need for more information on interventions to be made available by fertility centres, to support well informed treatment decisions.”

Infertility is a significant problem, affecting about 1 in 7 UK couples, many of whom seek medical help to have a child.

UK fertility centres are regulated by the Human Fertilisation and Embryology Authority (HFEA). But despite this regulation it has been suggested that some of the treatments offered on top of routine IVF might not be evidence based, are costly, and some clinics might be using techniques that have not been stringently tested.

So the researchers set out to record claims of benefit for treatments offered on top of standard IVF by UK fertility centre websites — and identify the evidence used to support these claims.

A total of 74 fertility centre websites, incorporating 1401 web pages, were examined for claims. The team found 276 claims of benefit relating to 41 different fertility interventions made by 60 of the 74 centres.

79 (29%) of the claims included numbers to explain the chances of improved fertility outcomes, but the team identified only 13 websites where any references were included, which referred to just 16 published references. Of these 16 references, only five were high level systematic review evidence.

The authors point to some study limitations, but say it is unlikely that a repeat of their analysis would change the pattern of findings substantially.

“Our findings demonstrate that whilst many claims were made on the benefits of fertility treatments, there was a lack of supporting evidence cited, with the majority of the websites providing no sources for claims made,” they conclude.

In a linked analysis published by The BMJ, Professor Heneghan and colleagues searched for evidence to support 38 interventions offered by UK fertility centres on top of standard IVF, focusing on the key outcome of live birth rates.

They found that most treatments are not supported by good evidence. The National Institute for Health and Care Excellence (NICE) provides clear advice on only 13 (34%) of the 38 interventions investigated, and systematic reviews (the highest level of available evidence) were available for only 27.

They also found that information on harms is often poorly reported.

People seeking fertility treatment need good quality evidence to make informed choices, they write. The current approach by HFEA leaves patients and clinicians to seek evidence for themselves or from staff in private clinics selling fertility services. “We do not believe this approach is realistic.”

They say there is “an urgent need for randomised controlled trials for many interventions that are currently being offered” and call for changes in guidance to help couples make informed decisions.

‘Panorama: Inside Britain’s Fertility Business’ was broadcast in November 2016 and revealed that 26 out of 27 so-called “add-on” treatments being offered by UK fertility clinics have no good scientific evidence from trials that they improve the chance of having a baby. Some may even be harmful.

“Add-on” treatments include things like additional procedures, additional drugs or devices to house an embryo. They can cost anywhere between £100 and £3000 on top of standard fertility care. Panorama commissioned Oxford University’s Centre for Evidence-Based Medicine to do the research, which has taken almost a year to complete.

Researchers identified 27 treatments on offer at UK fertility clinics they considered to be “add-ons.”

Only one treatment — called endometrial scratch — had even moderate quality evidence that shows an increase in the chances of a baby with standard fertility care like IVF. There are still question marks over the evidence for that treatment. Due to its limitations the researchers noted there is currently a randomised trial ongoing in the UK to determine its effectiveness.

One “add-on” treatment called Preimplantation Genetic Screening (PGS) tests embryos for abnormalities. A trial in 2007 discovered that an earlier version of this process may have lowered birth rates.

Many clinics sell newer, more accurate versions, in some cases for up to £3000. Initial research looks promising and randomised trials are underway, but as yet there is no high quality evidence from robust trials that these new versions improve your chances of having a baby.

Panorama found evidence that, when marketing this add-on treatment, not all clinics are giving patients the full picture to enable them to make a properly informed decision.

A Panorama reporter went to a fertility fair in November last year and was not given the full picture about the evidence for PGS by every one of clinics she spoke to.

She approached staff from 18 British and foreign clinics at random, asking if PGS would improve her chances on top of IVF. She told them she was 38 and had been trying for a baby for a year without success.

Five of the 18 clinics were positive about the treatment. Eight said they would only offer it to women over the age of 40 or those who had experienced repeated IVF failures. There is currently no good scientific evidence from trials that it can increase the birth rate among women in these categories.

Only five clinics gave the full picture, saying that they would not recommend PGS because it lacked evidence.

Story Source: Materials provided by BMJ. Note: Content may be edited for style and length.